A downloadable game for Windows and Linux

Yuuto Matsuhiro is a young man who once suffered from schizophrenia. He had an imaginary love interest called Maeko, who helped him through tough times. His little escapade with Maeko came to an abrupt end as a mysterious "procedure" erases his memory in an attempt to be cured of his similarly mysterious chronic illness. The old Yuuto is replaced by a new one who seems to be a polar opposite to his predecessor.

As the current Yuuto struggles with an identity crisis, somewhere in the depths of his mind, Maeko still resides. It's up to you, the player, to help Maeko get in touch with Yuuto once again, and reunite the couple while solving the mystery of his memory loss.

Q: What's with the characters' sprites?

A: I apologize... They're still just placeholders for when we finally get a character artist to work on them. We're just going to have to settle with them for now... Again, sorry for the inconvenience...

A: Yeah, that's intentional, in case you didn't know. It is a fourth-wall-breaking game. Usually a notification shows up to punish you, but if there aren't any, it's likely a bug. If so, then please make a thread about it!

Q: Where'd your other game go?

A: I gave up on that one a long time ago. I felt like the story was going nowhere and I was afraid that I might trigger some of the audience, so I settled for something less offensive. Enjoy this game instead!

Q: Are you still trying to find members?

A: Of course! Just contact us with the information below and show us what you can do! We need all the help we can get! Provided you'll agree to work for free, of course... We're flat broke...

Q: Is this really it? Are the logos going to stay this way?

A: Like I said, we don't have enough members. To be honest, I just made all of this in MS Paint with zero effort. We're going to change these very soon, of course! 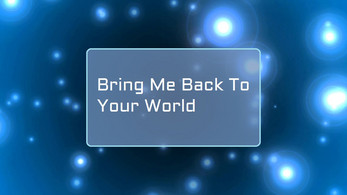